Partnering with Audio Thing, the Filter, Echo, Spring by Alborosie (also known as Alborosie Dub Station) comes straight from the heart of Jamaica’s most prolific music community, Waterhouse in Kingston, Jamaica. In creating the plug-in, Alborosie and Audio Thing sampled, analyzed, and carefully recreated the original filter, echos, and spring reverb pre-owned, modified, and used by the legendary Osbourne Ruddock “King Tubby” – producer, studio engineer, and pioneer of dub reggae from the golden era of the 70s – from Alborosie’s personal vintage gear collection.

When asked what inspired him to create the plug-in, Alborosie shared “I always wanted to create a machine (hardware) that recreates the sounds I have crafted over the years. I then decided to build an actual machine – a plug-in – that is in tune with modern recording equipment.”

The art of creating dub for younger producers or those who do not have the equipment has been made simpler thanks to three effects available on the Albosorie Dub Station. 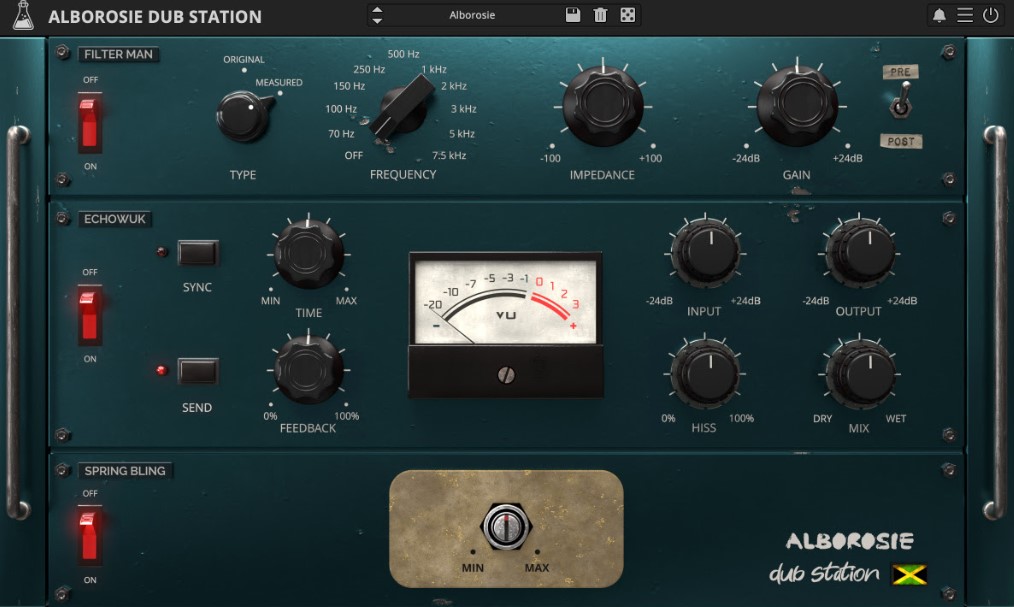 ECHOWUK: directly from federal studios, then King Tubby studio in Waterhouse Kingston, the MCI 2 track tape that was used to record and also to create the echo effect for most of the reggae classics overall and popular Tubby’s instrumental dub mixes.

SPRING BLING: directly from King Tubby studio in Waterhouse Kingston, the modified Fairchild Spring Reverb used by the Maestro himself in most classic records and dub mixes he recorded and produced.

FILTER MAN: modeled after Tubby’s so-called “Big Knob”, a passive high-pass filter with eleven frequency steps from 70Hz to 7.5KHz. This filter defined the sound of the entire ‘roots’ area of Jamaican music!

In addition to creating the plug-in, Alborosie provides tutorials on his YouTube channel as a support. “I did several tutorials for the series ‘Dub Mechanic’ using the plug-in. The idea is for people to see in real time how the machine works and how it enhances the sound the creator wants to create into the analog world.”

Thanks to the advent of the Alborosie Dub Station, it is anticipated that there may be a spike in interest for the Dub sound amongst younger producers, and those looking to experiment or expand. To that Alborosie says “Dub is the future for sure. For example, when we listen to Trap, the music sounds like it is influenced by Dub … at least to me!”

Alborosie gives special thanks to Lloyd James “King Jammy” for the “continuous inspiration and guidance” in the process of making the plug-in.

Tune in to the Pupa Albo YouTube channel for the series of tutorials and live Dub sessions.

Alborosie, the Italian born roots reggae artist, producer, dub mechanic and social justice campaigner has made waves in Roots Reggae since 1993. This April he is set to release his most powerful album yet recorded in his current homeland of Jamaica.

His first single from the album, “Unprecedented Time,” a poignant track for 2019, was added by Mick Jagger to his exclusive Spotify playlist, and by December, Alborosie had teamed with the Government of Jamaica to raise awareness for the issue of Human Trafficking.

Alongside other celebrated Reggae artists, Alborosie recorded and released “Shadows After Dark,” dedicated to getting the message out. The track has been played on mainstream radio in the U.K., The U.S., Italy, Canada, Germany and more.

He has topped the Billboard charts, released 7 albums between 2008 and 2018 and has collaborated with Ky-Mani Marley, Joe Mersa Marley, and The Wailers, has covered Metallica (“The Unforgiven”) and has produced music for several Jamaican Reggae stars 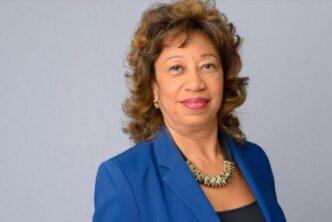 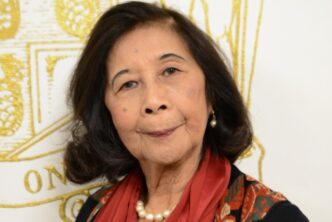