Apollo Tafari Won’t Be Defined by his Rasta Ways

Every generation boasts individuals that aim to leave their mark on this world through positive vibrations. Albeit art, politics, poetry, benevolence or music… Meet once such person in Apollo Tafari !

At first glance one might see him as just another lock’ed youth guitar carrying singer, but Apollo is more than meets the eyes. Some might see him and think that he’s a rebel without a cause… And yes he is a REBEL.. but his cause is sweet music.

Apollo Tafari Won’t Be Defined by his Rasta Ways

Although the young prolific artist has been immersed in music since a young age, it wasn’t until 2017 that he took a leap of faith to pursue his dream. Influenced by the sound of his beloved island of Jamaica, the soundtrack of his life features an eclectic array of music such as Beres Hamond, Peter Tosh, Eminem, J Cole, Bill Withers, Evanescence, Alkaline and Stromae among many others. “Good music is Good music no matter the genre” explains Apollo

With a steadfast approach of his journey, Apollo has taken an organic route to deliver his sound to the massive. The self-aware ever-ready singer created a strong buzz with “Rasta Way” by performing the latter from the streets to social media, and on Friday May 14th 2019,  “Rasta Way” single was released. Speaking on the much anticipated single, singer-songwriter Apollo Tafari stated “Rasta Way a little piece of my energy captured in the purest form. It’s a mixture of a serious topic , a little bit of meditation and whole lot of clean energy and good vibes”

The hit bound track was paired with visuals that also premiered on same date via the World A Reggae platform.Produced by Conscious Advantage, and directed by Shane Brown, the video was filmed on location in Kingston, Jamaica and captured the essence and image of “Rasta Way” with local such as; Anchor Studio, The Hub, The Blanc Space in Trade Centre and the streets of Kingston. “Apollo Tafari’s Rasta Way to me is a declaration of Identity and beliefs. The vision behind the music video is to communicate that: we all should not be afraid to disrupt society’s norms and pursue big dreams and true passions, thus living fulfilling lives our way.” – related Director Shane

“I want to write, play, produce and experiment with different sounds while saving the essence of my country. I refuse to limit myself or be boxed because this is my life, there’s nothing else I’d rather do” – Apollo

Stream “Rasta Way” on your favorite streaming platform and watch the video https://smarturl.it/apollotafarirastaway 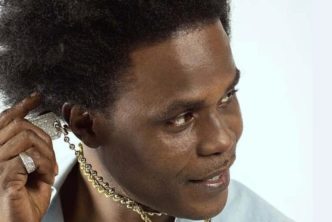