It’s been three-and-a-half years since Buju Banton’s Grammy- nominated Friends For Life, but well worth the wait as the iconic deejay or yore returns to his roots delivering his first pure dancehall collection since the days of Mr. Mention (1992) and Voice of Jamaica (1993).
Several of the tracks on Too Bad are already certified hits in the core market: “Hey Boy” (aka “Talk To Me”) peaked at #4 on Hot 102 Jamaica’s Weekly Top 30 chart; “Me & Oonu” on the classic Surfari’s “Wipe Out” riddim hit #3 on BBC 1Xtra’s Top 10 Dancehall Chart and moved up two notches to #22 on JA’s Weekly Top 30; “Til It Bend” reached #3 on RETV’s Weekly Dancehall Chart; The street single “Nothing,” produced by Banton and his Gargamel production crew, just broke into the Top 10 at #10 on the Weekly Top 30 and currently sits at #12 on the RETV chart.

The highly anticipated release of Buju Banton’s Too Bad also coincides with the launch of the Too Bad US Tour, officially kicking off tonight at the Blind Pig in Ann Arbor, Michigan and crisscrossing the country over the next six weeks. The tour will feature Banton juggling new and classic hits alongside The Shiloh band, plus dancehall dynamo Assassin and up-and- coming Gargamel Music artist New Kidz.

Buju Banton. Too Bad. Pure. Uncut. No Additives or Preservatives. Cop yours today! 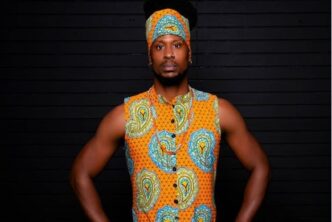