Tuesday, October 17, 2006 – Emmy Award winning journalist Cliff Hughes said that he has no regrets over a career choice that was influenced by an endearing family and a cadre of outstanding teachers while he was student at Excelsior High School, Jamaica from 1974 through 1982.

In an emotional and at times anecdotal response – punctuated by applause – shortly after he was recognized by his peers for professional excellence, Hughes, producer/host of the highly acclaimed IMPACT News feature, seen on CVM TV, Jamaica and CIN TV, Channel 73 in New York City, paid tribute to those persons who helped shape his life.

“I want to pay tribute to some people who have helped to shape not only my life but the lives of several generations of outstanding Jamaicans led by our great founding father Wesley Powell, Delrose, the mother who fathered me and some outstanding teachers, Mrs. Nesfield, Mr. Wong, Marjorie Vassell, Mr. Fong Kong, Mrs. Robertson, Leleith Deacon, Beverley Wilson, a very young and beautiful teacher at the time, now principal. I want to say thanks.”

Hughes who was presented with the President’s Distinguished Alumnus Award for 2006, was one of three ‘Excelsiorians’ so recognized by the Excelsior Alumni Association (USA) for outstanding contribution to the school community, country and for profession excellence in their chosen endeavours, at last Saturday’s 37th Anniversary Awards Presentation at the Ramada Plaza Hotel, New York City.

Bancroft ‘Banky’ Gordon, an extra-ordinary student/athlete who excelled in the classroom and in every sport on the playing field at Antrim, Kingston, before moving to Howard University and Harvard University Law School, was presented with the 2006 Distinguished Service Award.

Anthony ‘Tony’ Carr, regarded by many as the father of Excelsior’s Track & Field Athletics in the 1960s, was presented with the 2006 Distinguished Service Award as well. Carr now hosts a popular radio programme in the Washington, DC (USA) area.

Hughes called the recognition from his peers a ‘signal honour,’ saying that he felt ‘vindicated,’ having made the hard decision to switch from a promising career in politics to journalism in l986.

“When I made that decision back in l986 to give up a career in politics for journalism, I have absolutely no regrets because at the end do the day, I think Jamaica is better off for it and I am more fulfilled.”

Declaring that Jamaica is at a critical cross-road and that there is an urgent need for men and women of courage and integrity to move into leadership roles, a matter-of-fact Hughes said that he owes it all to Excelsior.

“When I started at Excelsior way back in September 1974, I did not know what was in store for me. Now, I look back at what I learned between 1974 and 1982…(and) Excelsior taught me some fundamental values, country first, country second, country third.”

Association President Paulette Mullings Bradnock who announced a contribution of J$750,000 to the school, said that the association was thankful that the institution remains a beacon of hope amid the adversities.

“Mr. Powell taught us that excellence was not only reserved for those who were privileged or well connected but also for those who had ambition and purpose regardless of their position in life. Excelsior gave us purpose,” she said.

In his message, which was read at the event, Consul General of Jamaica, Hon. Dr. Basil K., Bryan, “applaud the collective commitment of the Excelsior Alumni Association as yet another shining example of the characteristics that continue to shape our identity as a transient force.”

Dr. Bryan encouraged the association to become more involved in the ongoing dialogue and debate in an effort to bring the Jamaican Diaspora together to aid in the many development initiatives taking place in Jamaica.

The event also served as part of the 75th Anniversary of the founding of the Excelsior High School by Hon. Dr A. Wesley Powell in l931. 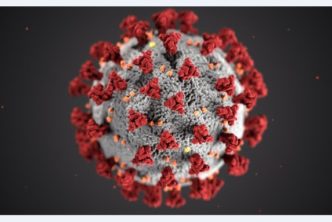 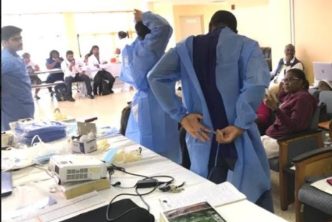 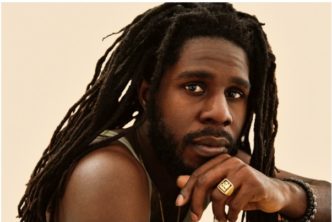