Born Waldane Hampton, Dane Ray is a trained musician and vocalist. He started writing and voicing songs before he realized he could learn to produce his own music, to help him make ends meet for him and his family. His illustrious career as an audio engineer and music producer began with the establishing of his recording company ‘Dane Raychords’. He is currently riding high off the success of his production of Dancehall’s 2018 ‘Song of the Year’ entitled ‘Tuff’ and his three singles, namely ‘Aktiv’, ‘Nuh Trus Trus’ and ‘3 Degrees’ from his soon to be released debut album. The versatile artist continues to feed his GNATION fans high quality music with a futuristic flow, sending positive messages of self confidence and being ‘FULLY AKTIV’ in every area of life. The ‘Fully Aktiv’ artist has graced stages all across Jamaica, the Caribbean, Latin America, Canada and Europe, from 2014 to date.

Dane Ray has his sights set on conquering new musical frontiers. The artiste made a huge effort in this regard by collaborating with Hip Hop superstar Fetty Wap and Grammy Award winning record producer Mr. Wonda for his summer 2017 smash entitled ‘Rodeo’. He continues the work with releasing his new song and video on VEVO in 2018/19 entitled ‘Hatrick’ produced by his label Dane Raychords. He has a series of upcoming projects with producers such as, Din Din from Hempton Music; new single entitled ‘Ha Ha’, which is a collaboration with Chronic Law. Other upcoming works include Upsetta Records, Modern Anciency Music, Billion Music Group, Deadline Recordz, Biggz Million Ent., Chimney Records and an endorsement contract with Presidential Rolls. Dane Ray is ‘FULLY FULLY AKTIV’! 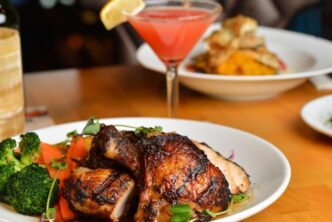