Gramps, Peetah and Mr. Mojo are the holy trinity comprising the iconic reggae based, Grammy-winning family band Morgan Heritage. Their brand new album, ‘Loyalty’, was created across several continents and completed in unorthodox fashion with the three brothers all in different locations – Mojo in Kenya focusing on the group’s philanthropic efforts, Gramps travelling the world healing people with the Masaya CBD products created by his wife Dr. Annabelle Manalo, and Peetah in Miami anchoring the production. This meant utilizing technology to bring them together virtually in one studio to orchestrate the finishing touches to their new masterpiece. ‘Loyalty’ is the trio’s twelfth studio record and is set for release in August on their CTBC (Cool To Be Conscious) Music Group label in partnership with Membran. 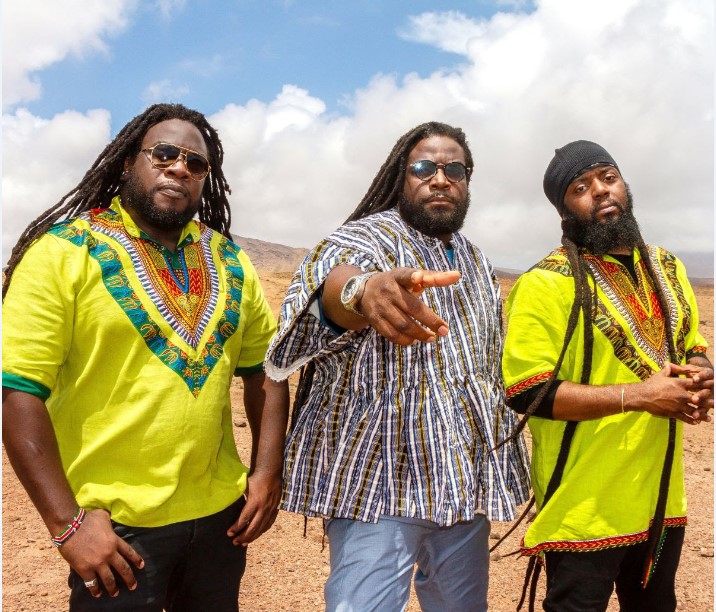 Morgan Heritage are known worldwide for their riveting stage presence and exciting showmanship, so it is no surprise that the Royal Family of Reggae will trek globally from Africa to Europe, North to South America and beyond during 2019 and 2020. Their itinerary not only embodies the group’s global citizenship but is testament to the siblings embrace of unifying cultures that is prominent in their music, with the brothers stating: “The new album showcases the universal state of Reggae and Jamaican music today. Our music is not one dimensional and we’re not loyal to one dimension of the music, rather we’re loyal to our genre.”

Personified by an impressive discography with each release displaying the eclectic fusion of sounds that have influenced each member, including Reggae, Rock, Hip-Hop, Jazz, R&B and Afrobeat, the common thread throughout has been authentic original Reggae. ‘Loyalty’ can certainly be defined as a globetrotting work of art and offers 16 diverse songs produced by Morgan Heritage with co-production from fellow GRAMMY award winners such as Jerry Wonda, Jason ‘J-Vibe’ Farmer, Shane Brown and Aston Barrett Jr. The album also features star-studded appearances from African superstars Diamond Platnumz, Stonebwoy and Patoranking, Reggae Rock stars Pepper and Iration, Dancehall sensation Popcaan, plus the voice of Emmy Award winning journalist and broadcaster Jeff Koinange on the album intro track.

‘Loyalty’ truly delivers the Morgan Heritage sound that fans recognize as ‘Rockaz’, the outstanding production embracing instrumental breaks that allow individual artists to shine in their own right while still being geared towards further elevating the music. The lyrical prowess of the songs will also captivate listeners, touching on love on ‘All For You’, social commentary on ‘The Awakening’, relationships on ‘Pay Attention’, while also including motivational songs such as ‘The World is Yours’. They embrace and pay homage to their African and Jamaican roots with the hard-hitting ‘Africa x Jamaica’, while the gentle, acoustic ‘Home’ is an ode to all travelling parents who work hard for their families and was actually penned on Fathers Day by Mr. Mojo and his son Esh.

With a title befitting of this latest offering, ‘Loyalty’ is a musical journey that adheres and remains faithful to the philosophy of Morgan Heritage, as they explain: “We chose the title because of how loyal we’ve been to the brand Morgan Heritage as a family, a band and group for so many years. Hence the reason we say ‘Heritage 4 Life’, as well as our loyalty to Reggae music while not being afraid to travel the journey of change through musical evolution.” Albums such as ‘Loyalty’ are representative of what committed, tasteful artistry is still capable of accomplishing and Morgan Heritage has managed the trick of staying true to their sound while collaborating with other creatives from around the globe and remaining utterly current.

TJugglerz, Haegi and Morgan Heritage produced Beach And Country. The video was filmed on location in Sao Vicente, Cape Verde and directed by Mojo Morgan & Adilson Ramos. The group says; “‘Beach And Country’ is a song to take away musically anytime of the year to a tropical oasis. Music has a way to contribute to our emotions and we hope our new single takes everyone on a journey down memory lane for those that don’t live in a tropical destination.” The new video for ‘Beach And Country’ with the album pre-order is available July 12.

Jugglerz one of the songs co-producers said; “As a selecta of one of the biggest Sound Systems in Europe, we have been MH fans from ever since. We bought their records or went to their shows when they’ve been on tour. I met them personally in my first Dub session, and the link became stronger. We also have a big radio program for Reggae and Dancehall in Germany (Jugglerz Radio). Where we also had them as guest in the studio and we promoted their releases. We always tried to create music with them. Jemere Morgan (Gramps’ Son) is a good friend and has been on our first Reggae Album “Jugglerz City” in 2016. Winter of 2018 they were in Stuttgart in our studio where we were listening to some riddims and that’s when we started to work on Beach And Country.”

Currently performing at a number of major summer festivals in mainland Europe, Morgan Heritage will tour the UK, Europe and North America in autumn 2019.