French philosopher and political activist Simone Weil was once quoted with saying “Attention is the rarest and purest form of generosity”, and with those wise words, Africa and Jamaica have band together and intertwined on an emotional single titled “Pay Attention”. The latter is the official second single from the highly anticipated Spring 2019 new Morgan Heritage album. “We’ve been working on the new album for almost 2 years and since setting up our roots in Kenya, we long looked forward to filming a music video there and knew it would take place on this new album. We didn’t know it would be for a song so emotional that speaks to men and women around the world, who have been through one thing or the next trying to maintain a healthy relationship. Which can easily be lost because we just simply didn’t Pay Attention” Mojo Morgan explained, with Gramps Morgan chiming in “Patoranking has been an artist we’ve been following and have loved the progress he’s made in his career over the last 5 years. So while vibing to the track, we knew Pato was the perfect fit. As the songs captures the perfect blend between dancehall music from Jamaica and the Afro-beat sounds from Africa taking the world by storm.”

It was an all around labor of love for all the artists involved who have each in their own right gained worldwide success on their own merit, and to unite on the track was a humble experience, “It’s truly an honor when we can work with our peers in the music industry around the world and see their professionally first hand. Though he has become a giant of an artist in Nigeria, Pato is extremely humble and while filming the video in Nairobi, Kenya it would seem like we knew each other for years by the way we clicked. We are looking forward to sharing more music from our new album coming later this Spring and hope the world will love the musical journey we will be taking our fans on. Jah Bless!” – Peetah Morgan

“Sometimes we don’t pay attention, To the little things that matter, And it’s not that complicated.. Never really takes much to make things better..” Those sentimental lyrics from the passionate track have been paired with a catchy fused melody of Reggae/Dancehall and Afrobeat, and breathtaking visuals that have delivered a video to be released on March 20th, 2019. 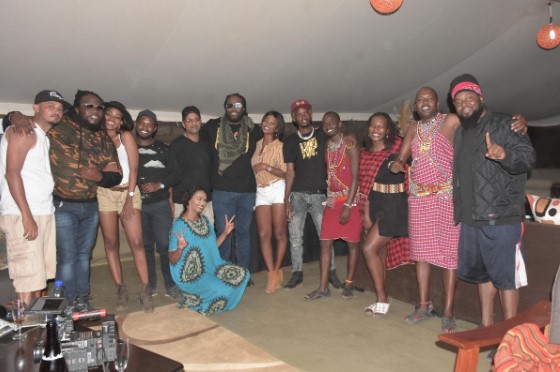