Staff Writer3 min read6 months agoAdd comment
Spread the love
According to reports, on Sunday, April 12th, 2020, the Royal Chapel of Milot, a Haitian monument listed as World Heritage by Unesco, was devastated by a fire on the night of Sunday to Monday, said the director of the Institute for the safeguarding of the national heritage. The dome of the building, about thirty meters in diameter, completely collapsed during the fire, the origin of which is still unknown.

“The fire started at around 3 am in an annex building, according to what someone who was there told me,” said Mr. Patrick Durandis, director of the National Heritage Preservation Institute.

“We were waiting for the firefighters who were there but who unfortunately could not intervene for various reasons. It is difficult for us to have clear ideas to intervene suitably on this building, especially since we are caught elsewhere by the epidemic of coronavirus”, said Mr. Patrick Durandis.

According to local officials, Patrick Durandis and other officials said they don’t know how the fire started. During the fire, Firefighters came to save the historical building but it was too late, sadly, their help did not prevent the building from burning and destroyed.

“Saturday and Sunday, there was no electricity in Milot so I find it hard to understand that the dome of the church caught fire. We cannot say that it is a short circuit: it has to be investigated right away. Even the park was closed due to the coronavirus epidemic, it is hard to understand.”, said Mr. Patrick Durandis during a press conference about this tragedy.

Twenty kilometers south of Cap-Haitien, the country’s second city, the chapel is located at the entrance to the large historic park of the Laferrière citadel, classified since 1982 as a world heritage site by UNESCO.

“Given that this is a monument classified as World Heritage, the restoration must be identical and the funds are not available, there is no doubt about it. So I can already tell you that we are going to row a lot to be able to redo the monument as it was”, worried Mr. Patrick Durandis.

The Haitian population in Milot, political leaders, and other officials in Haiti are worried about this tragedy and they are asking authorities to investigate the causes because The Royal Chapel of Milot was built for the Kingdom of Haiti. It is a very important place because it was the royal residence of King Henry I (better known as Henri Christophe).

“The Royal Chapel of Milot is a historical monument in Haiti and it is so important to me and Haitians. Let’s not forget that this place used to be the favorite place of King Henry Christophe. Unfortunately, it is so sad that this place is destroyed by an unknown fire. How exactly the fire started?”, said Mr. Werley Nortreus, a political leader and the founder of Vanyan Sòlda Ayiti and A New Haiti Before 2045 (ANHB 2045).

The Royal Chapel of Milot was built between 1810 and 1813 by the decision of King Henri Christophe, a hero of the war of independence of Haiti, self-proclaimed king Henri I in 1811. Restored for the first time in the 1930s, the historic monument had subject to emergency work in 2018, to plug the important holes in the dome roof.

“This tragedy needs to be investigated right away to punished those responsible for the crime”, said Mr. Werley Nortreus during a live interview on Bon Déjeuner! Radio and BDR! Live. 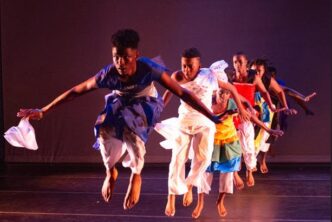