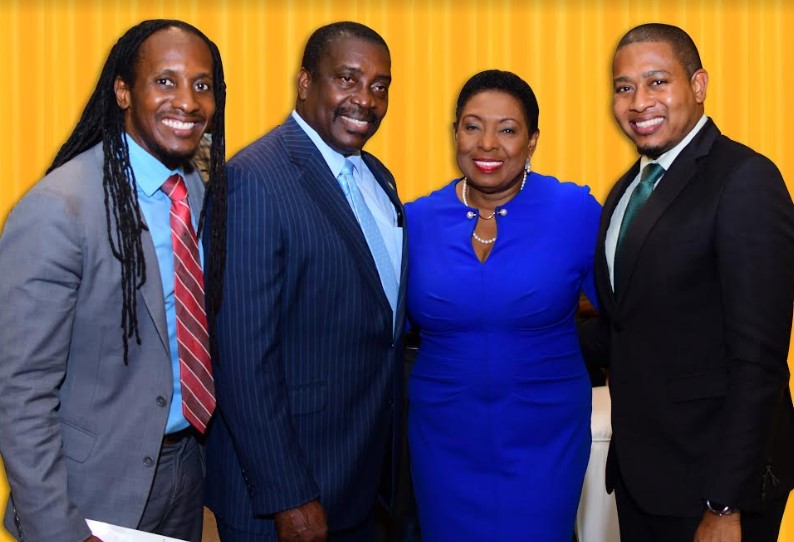 The country will be celebrating this year’s independence observations under the theme “Jamaica 56, One Love, One Family”.

This was disclosed by Minister of Culture, Gender, Entertainment and Sport Hon. Olivia Grange as she unveiled the Jamaica 56 logo at the launch of the Jamaica Independence Festival on Tuesday July 3, at the National Indoor Sports Centre in Kingston.

Minister Grange said the theme was meant to inspire togetherness and instil a spirit of patriotism in the nation.

She outlined details of the major activities that will comprise the celebrations, noting that a major effort has been made to reinvigorate several of the events.

Among those getting a much needed boost is the Festival Song Competition which makes its return after a restructuring hiatus last year.

She underscored the importance of revitalizing the song competition. “It was important to put the energy back into Festival song this year. It is one of our flagship events and when we consider its foundations and the thinking that went into its creation, we owe the nation a duty of care to keep Festival Song alive and well.”

She pledged to do the same for the Gospel Festival competition next year, noting that it had a nurturing and pastoral role to play in society.

The Grand Finals of the Festival Song Competition will be held on July 15 at the Ranny Williams Entertainment Centre.

The now annual Independence village will return to the National Arena this year, from Wednesday August 1 to Monday August 6. Beginning at 12 noon daily, the free village promises family focused entertainment, including live performances, promotional booths and displays, exhibitions, a food court, a Kiddies Village and rides and other attractions.

Also making the Festival celebrations again this year is the now beloved Festival Fashion theme. “Bandana be Bold, with Black Green and Gold” is the festival fashion theme for Jamaica 56, and models of all shapes and sizes strutted their stuff across the launch stage in the creative designs of Heather Lane, Mushroom Swimwear, Shades of Africa by Tanya Cameron, Davene Jonas, Bridgit Lawson, Carby’s Jamaican Souvenir Store and Earl Williams Fashions and Tailoring. Also featured were eye-catching designs from young, up and coming designers Kaydean Dyrumple, Romario Clarke and Janseen Graham.

The Launch also saw the introduction of all 13 Parish Queens of the Miss Jamaica Festival Queen competition and live performances from the 2018 Jamaica Gospel Song finalists and the festival song finalists.

Rounding out the evening’s entertainment line-up were guest artistes Reggae singers George Nooks and Wayne Mashall, both of whom added their own Festival flair to their classics, which also had patrons leaving the National Indoor Sports Centre in a merry, cheerful and upbeat mood.