Tania Hernandez, “bawn Jamaican”, and lovingly known as Miss Tania Lou, was inspired by the late Hon. Dr. Louise Bennett Coverley (Miss Lou), Jamaica’s Mother of Culture, to become a folklorist in Canada, where she has lived for over 25 years. This culminated in Tania becoming a recording artist, where she has written a tribute song to Miss Lou; singing the praises of Jamaica’s international, cultural ambassador, who has instilled so much pride in her people through the artistic expressions of songs, poems, stories, riddles, and games.  Tania is receiving very positive feedback about her delightful song and the sweet, cheery lilt of her voice.

Tania, who has been on Miss Lou’s children’s show, Ring Ding, back in the 70’s, has been promoting the Jamaican culture in schools, libraries, private functions of various cultural organizations, on Facebook, Youtube, at her city’s largest Canada Day Festival, and at various online performances in Canada and the US. Recently, she released her third book, One Pot, featuring true stories that she experienced in Jamaica and Canada, Jamaican fusion recipes and poems, including a tribute to Dr. Coverley. It was at her book launch on June 13, 2021, that she released the tribute song, Concert Time! Tribute to Miss Lou, which was live streamed to over a thousand fans who enjoyed her performance. Tania says that she is carrying out Miss Lou’s mandate of promoting the rich, Jamaican heritage so that we will “teach di pickny di sinting that belong to them,” so that children and adults can develop a strong sense of their history and heritage .

As a teacher, recording artist, motivational speaker, mentor, Jamaican folklorist and author in Canada, Tania’s Jamaican roots are deeply embedded in many of the things that she does in Canada and abroad.  Her stage moniker is Miss Tania Lou, a name lovingly given to her by her avid followers. She has a large Facebook following, since she did a video tribute to Miss Lou – Happy Full Hundred Birthday Miss Lou!  She has performed for Hamilton’s largest festival – It’s Your Festival, and will be performing again this year, after the positive feedback from Ontarians. Tania has performed at Miss Lou’s Room at Harbor Front Center in Toronto, a space dedicated to showing the works of Dr. Coverley.

Tania’s goal is to perform at the Miss Lou Square in Gordon Town, Jamaica, where Miss Lou’s statue was erected in commemoration of her centenary celebration in 2019.

Tania hopes that this tribute song will awaken the nostalgia of those Miss Lou days, help to develop strong national pride, and rekindle a desire to doing all we can to preserve and promote our heritage at home and abroad.  Most of all, she wants this song to be a celebratory tribute for Jamaica’s international, cultural hero, affectionately known as Miss Lou! Concert time! 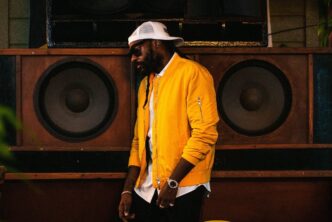