The Jamaica Cultural Development Commission (JCDC), an agency of the Ministry of Culture, Gender, Entertainment and Sport, celebrated the 110th anniversary of the birth of the late Mallica ‘Kapo’ Reynolds, OD, renowned Jamaican artist and religious leader, at National Heroes Park, on Wednesday, February 10 with a Floral Tribute

Mrs. Marjorie Leyden-Kirton, Acting Executive Director of the Jamaica Cultural Development Commission, in delivering remarks on behalf of the Minister of Culture, Gender, Entertainment and Sport, Minister Olivia Grange, noted that, “We are grateful that Kapo’s work has inspired subsequent generations to continue revival worship. It is important that in today’s Jamaica, where there are so many external influences competing for the attention of the youthful mind, that Revivalism and its deep African retentions still have relevance in society.”

Kapo’s work is highly praised and was most influential throughout the 1970s, with his influence continuing beyond his death in 1989.  A member of the “Intuitives” artistic movement, Kapo holds many accolades and is considered one of the greatest Jamaican artists of his time. His awards include: a Gold Medal from Emperor Haile Selassie during his visit to Jamaica in 1966; a Gold and a Silver Musgrave Medal from the Institute of Jamaica and the Norman Manley Award for Excellence in the Fine Arts. 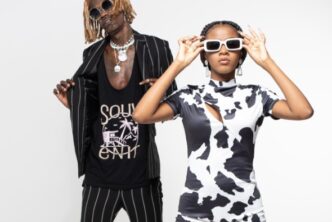