KES THE BAND To Spread Soca Across the U.S. This Fall

Trinidad & Tobago soca stars KES THE BAND will hit the road in the U.S. this Fall for their first tour dates in two years.

On Labor Day Monday, September 6th, the band will bring its IzWe concert series — a curated celebration of soca music and Caribbean Carnival culture — to The Boardwalk Lot, Coney Island, in Brooklyn, NYC. With New York’s annual West Indian American Day Carnival — which typically brings 2 million revelers to Brooklyn’s Eastern Parkway on Labor Day Monday — cancelled for a second year due to Covid-19, KES THE BAND aim to fill the void with a night of performances by some of soca music’s biggest names.

“This show has a lot of meaning for us,” says Kees Dieffenthaller, frontman for KES THE BAND. “New York has always been like a second home, and throughout our career we’ve never missed a chance to play the city on Labor Day Weekend. Coming here has extra importance this time, especially because we’re getting to bring out so many of our favorite artists from back home.”

The concert is one of 10 dates which KES THE BAND is set to play on their IzWe Tour, which launches this Friday, Aug. 28, at Norfolk, Virginia’s Town Point Park. Additional stops include Orlando; Washington, D.C; Atlanta; Houston and Miami; where the group will headline North Beach Bandshell on Sept. 4th and return for three straight nights, Oct. 7-9, during Miami Carnival, the first major-city Caribbean carnival celebration since February 2020.

Despite the pandemic, recent times have brought a string of highlights for KES THE BAND. During the traditional Trinidad Carnival season this February, the group filled the void for live music by launching its IzWe event series with five nights of socially-distanced concerts. Open to just 300 patrons each night, the events were live streamed worldwide.

August 2020 saw the release of the live album, We Home, KES THE BAND’s first new full-length project in eight years. Days before the world came to a halt last year, the band wrapped a massively successful campaign at 2020’s Trinidad Carnival, winning the annual International Soca Monarch competition and capturing the Road March title (given to the song played the most during the Carnival parade) with “Stage Gone Bad.”

ABOUT KES THE BAND

Of the many musical acts which call Trinidad & Tobago home, perhaps none embody its polyglot culture more than KES THE BAND, the eclectic soca outfit behind some of modern Caribbean music’s most indelible anthems. Celebrated for Carnival hits (“Wotless,” “Savannah Grass”) and island pop jams like “Tuesday on the Rocks” and “Hello” — one of the most streamed soca songs of all time — the band has brought Trinidad to the world, sharing stages with the likes of Will Smith, Major Lazer and John Legend. For the group — charismatic singer Kees Dieffenthaler (aka KES) and his brothers Jon (guitar) and Hans (drums), along with childhood friend, Riad Boochoon (bass) — blending soca, pop, rock, reggae, calypso, dancehall and afrobeats together is one part of their greater calling: To spread good vibes.

Former Minister of Education Ronnie Thwaites Back in the ‘Public Eye’ 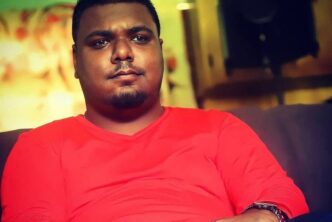 A Delicious Serving of Taste Bits of Jamaica in New York!