The Ministry of Health is again allaying fears that the current malaria outbreak will affect the staging of next year’s ICC Cricket World Cup in Jamaica.

Acting Chief Medical Officer (CMO) in the Ministry of Health, Dr. Sheila Campbell-Forrester reiterated that a medical plan covering all aspects of medical health and anti-doping services was already developed for not only Jamaica, but for the Caribbean region, as it would operate as a single domestic space come January 15.

“You must realize that there will be open borders, so it is very important that whatever we do that time, our surveillance system is working well and go according to the plan,” she told JIS News.
The island’s surveillance systems, the Acting CMO added, would be extremely important as it is now.

“Many of the countries coming here for the event are malaria endemic countries, so even though we are also looking after our own situation at this time, we are going to have to make sure that we screen visitors adequately and also ensure that persons who are coming follow the procedures,” she pointed out.

Surveillance will be made even easier, Dr. Campbell-Forrester said, given that there would be listings of persons coming from the various countries, including malaria endemic ones. “We will know who is coming and where they are coming from,” she stated.

The Acting CMO also mentioned that the vector control activities would be “scaled up” prior to the event, especially in areas where cricket would be played. Indeed by then, she added, the vector control programme would not only be effective, but also very efficient.

In early December, Dr. Marion Bullock- Ducasse, Senior Medical Officer at the Ministry of Health in charge of Disaster Management and also Chair of the ICC Medical Health and Anti-Doping Directorate, assured that the malaria outbreak would be controlled long before the start of the mega event.

Under the Yellow package, Jamaica will be required to host four warm up matches and the opening ceremony at the multi-purpose stadium in Trelawny. The country will also host six group stage matches and a semi-final at Sabina Park between March and April of next year. 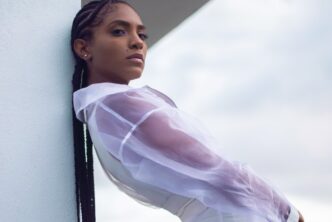