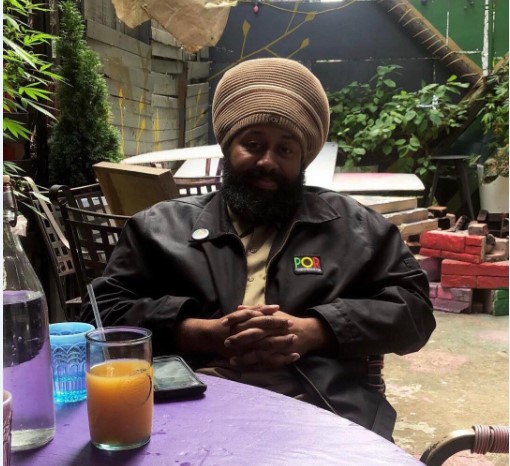 The global reggae community was shocked on the morning of April 2nd to learn that beloved NYC-based music impresario German Vera, or “Father German” (as he was better known throughout the entertainment world), passed away from a cardiac arrest due to complications from Coronavirus. The bear-sized Brooklyn native was known for his selfless dedication to the advancement and recognition of reggae culture, and the warm spirit with which he did it. Born on September 9, 1972 at Kings County Hospital, German remained a Brooklyn resident his entire life. Also dubbed “Fatha G” by his reggae cohorts, German was a real father to his daughter Tahiri Jahnai (Titi) and son Christopher.

An outpouring of love immediately followed the devastating news. As leading international reggae media outlets like World A Reggae and Boomshots paid their respects via moving social media posts, some key voices in the reggae industry offered their sentiments here:

“A kind, compassionate soul, as well as a fierce, uncompromising defender of righteousness, Father German’s uplifting spirit brought joy and inspiration to all who were blessed to have known him. Father German worked tirelessly to uplift the reggae industry in New York City and beyond, the extent of his efforts never fully recognized. Now his works will continue on in another realm, shining a guiding light and motivating us to do our best, no matter how difficult the circumstances, because that’s what he always did. Rest well Fatha G.” – Pat Meschino (Billboard journalist)

“Father German was the reason we all smiled — the reason we felt loved and believed in goodness in people. He exemplified what it meant to truly support others and love your brothers and sisters. If you had the pleasure of knowing him, it was an instant connection. He was a humble lion.” – Keisha Martin (NYC-based reggae artist)

“Father German had a vision! — a vision to create a “space” that provided a balance between reggae Legends and artist on the rise. A place where the “vibe” of this rebel music was preserved! Out of that vision came the Den, the headquarters for the Brooklyn Reggae community and a place where many creatives congregated, lending their talents to push the energy German envisioned!

This became a powerful force …

One of those visionaries, Knxtti Chris (an artist German worked with while managing the reggae/rap collective Thunderlions) agreed to partner up with German to form a media company that would serve as a hub for reggae artists spanning across all cultures, races, and languages.

Out of this union, German’s passion for reggae music and promotions, and Knxtti’s knowledge of technology and design, POWER OF REGGAE was born! A motley crew of reggae lovers came onboard to make this mission a movement.

Since its 2016 launch, not only has POR become a force in the genre, it also has also become a light in the community. German and Knxtti began sponsoring awards ceremonies for entrepreneurs in Jamaica, block parties in South Africa, showcases for artists on the rise in lower Manhattan, and a list of charitable efforts.

Germans vision for POR was a unified community with a common love — Reggae Music! Father German’s vision was so huge and his works so extensive that even with him now in energy form, there is an abundance of work still to be seen! POR WILL PRESERVE HIS LEGACY! The works must continue…”

A live, strictly vinyl DJ set by Jonny Go Figure (Deadly Dragon Sound), dedicated to the livication of Father German, is planned for Friday evening, April 10th, at 7pm EST on Jonny’s Facebook and Instagram pages. A GoFundMe account has been set up to raise funds to cover funeral costs and provide some additional security for German’s two children. Links and details below:
https://www.gofundme.com/f/for-the-love-we-have-for-father-german