With less than 10 weeks left before the hugely anticipated Groovin In The Park concert unfolds at Roy Wilkins Park in Queens on Sunday, June 24, organizers report that ticket sales are ‘brisk’ at all ticket outlets in the tri-state area and online at EventBrite.com.

“We got off to an early start this year and I am happy to report that we are ahead of schedule in ticket sales and areas that are critical to having a successful festival” said Christopher Robert, founder and CEO of Groovin Inc.

One subtle change patrons attending the 2018 concert will observer is a bigger focus on reggae.

“This year we are putting the focus solidly on reggae” Roberts stated.

“In our informal survey that we conduct each year, patrons have consistently asked to see more reggae acts. With the focus squarely on reggae, I am pleased to announce that for the first time in the history of the festival, a soon to be confirmed reggae artist will be the closing act” he continued.

This comes after Groovin executives were able to negotate a written commitment from the New York Park’s department that the show will go until 9:30pm – 90 minutes longer that the normal 8pm cut off time. 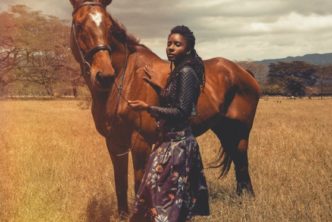