Jamaican Reggae legends, Dubtonic Kru are on tour on the West Coast this November in support of their new single entitled “Reggae Like Never Before”. The ‘Rise & Reggae (Like Never Before) Tour’ is being held on nine dates, with the inclusion of a highlight event called Plug N’ Play, an event known for showcasing developing artists alongside more experienced ones. The event was originated in Jamaica.

Plug N’ Play is one of two events that was conceptualized by Jubba White of Dubtonic Kru and curated with partnerships. The other is Bands Incorporated that ran from 2008 to 2012 in Kingston Jamaica.

While the main goal and platform of Bands Incorporated was to ignite the fire in musicians from Jamaica at the time, to play music together more as a band. Plug N’ Play was the platform to bring both Veteran and upcoming artists together on the same platform, in an intimate live setting.

Now that Jubba has created roots in the US; his vision to export this brand, finally also found a new home.

While in Jamaica, the event hosted the likes of a Toots Hibbert of Toots and The Maytals, Damian “Jnr Gong” Marley, Gyptian, Tarrus Riley, Dub Inc, Kamil Bednarek as well as Chronixx, Protoje, Jah 9, Dubtonic kru among several others.

Coming from different parts of Jamaica, the members of Dubtonic Kru, individually have been exposed to a variety of musical genres. Imagine heavy basslines, one drops, psychedelic guitar riffs, echoing keyboards, popping percussion and conscious lyrics. Now imagine roots reggae, imagine dub, rock…
Put them all together and you get a new breed of Jamaican music called Dubtonic Kru.

Their versatility and capability in being able to serve the right dosage to their varying audiences was the edge they had over their counterparts when they were voted “BEST NEW BAND IN THE WORLD” 2010 – 2011 at the Global Battle of the Bands World Finals in Malaysia in February 2011. After a fierce musical showdown of different genres that involved national finalists from numerous countries, the Executive Judges made the unanimous decision that awarded Dubtonic Kru top honors.

The Kru has given medicine to audiences through remarkable performances globally. And after a period of hiatus, the Kru is back to share an even higher level of energy. With some changes, the musical tonic has been brewing, so be ready to experience Reggae Like Never Before!

Also on the tour is Aaron Nigel Smith. For the past 15 years, Aaron Nigel Smith has worked to educate, empower and entertain to youth and families around the world. He teaches chorus & drumming in Oregon and Washington through One World Chorus, Young Audiences, and the Right Brain Initiative. The goal of One World Chorus is to build bridges internationally through choral singing. There are currently children involved in Portland, Los Angeles, New York, Kenya & Jamaica.

Aaron has been working closely with Jubba White of White Stone Productions and will perform songs from his upcoming release called In Our America.

DOWNLOADABLE LINK – You Got Me Going On [Jubba White] https://jubbawhite.com/track/1566739/you-got-me-going-on 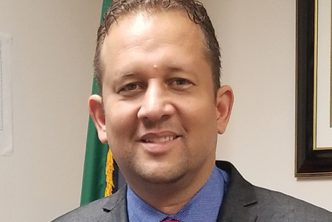 Written by Staff Writer
Add comment
Jamaican-American Dale Holness is the New Vice Mayor of Broward County, Florida
FacebookTwitterPinterestEmailLinkedInWhatsAppRedditStumbleUpon
From David Rudder, To Machel Montano and Even ANR Robinson, Returning Soca Artist Has Received Blessings of Approval All The Way Around