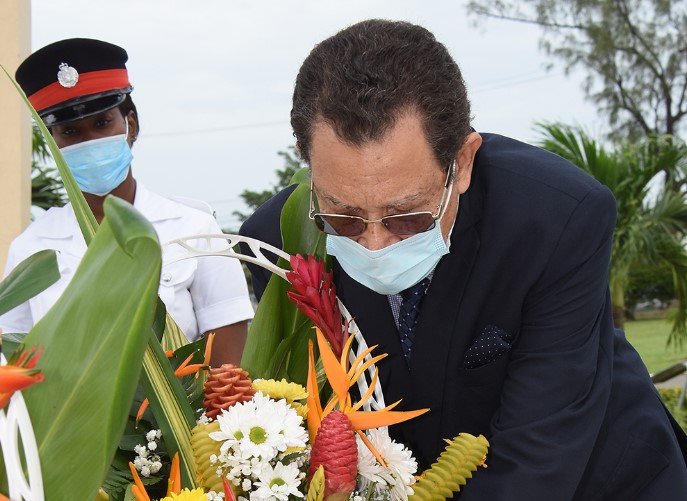 Prime Minister Andrew Holness has announced that the family home of former Prime Minister, the late Sir Donald Sangster will be restored and  made a national heritage site, as one of the many planned Jamaica 60 legacy projects. The announcement was made during a floral tribute to celebrate the 109th anniversary of the birth of the former Prime Minister at his shrine at the National Heroes Park in Kingston on Monday, October 26.

The event was hosted by Minister of Culture, Gender and Sport, Hon. Olivia Grange, who started the initiative to recognize all who are buried in the Park, on the anniversary of their births.

“Today, I wish to announce that through the Ministry of Culture, Gender, Entertainment and Sport, Sir Donald Sangster’s family home just outside of Mountainside in St. Elizabeth will be restored as a national heritage site. This will be one of the Jamaica 60 legacy projects to celebrate the country’s 60th anniversary of independence,” Prime Minister Holness said.

In addition to his announcement, the Prime Minister also spoke fondly of Donald Sangster’s contribution to the development of Jamaica as an independent nation.

“We celebrate the life of a Jamaican trailblazer, whose life, work and legacy give us reason to appreciate the importance of having a vision. Sir Donald Sangster is often remembered for being Jamaica’s shortest serving Prime Minister but in so doing, his monumental contribution in laying the foundations of the modern Jamaican economy is often overlooked. When you examine his achievements in what was a stellar political career, though cut short, you see that his life was characterised by commitment and dedication to service,” Prime Minister Holness said.

“During his stints as Minister of Finance he undertook transformational work on the country’s economy as Jamaica engaged in deep conversations with the British monarchy on the most important issue of self-governance. One of the great points of those discussions was the country’s ability to manage its economy and create a society that was beneficial to all. He represented the young, bright generation of Jamaicans who were destined to lead us into independence,” the Prime Minister continued.

“A life in the public service and leadership comes with many sacrifices. And far too often, when those who have served have departed the political stage and this earthly realm, we become remiss in adequately recognising their contributions. Through their individual and collective contributions they laid the framework that gives the platform on which we operate today. It is our duty to build on the wealth of wisdom that has been left behind by our great patriots who are resting here. With the planned development of the Park will come spaces where our rich heritage can be accessed and enjoyed easily by our nationals and visitors alike, “the Prime Minister continued.

The celebratory floral tribute was attended by various national and civic leaders, including those who laid floral arrangements on Sangster’s shrine. 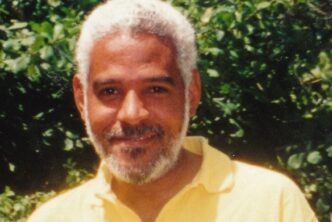 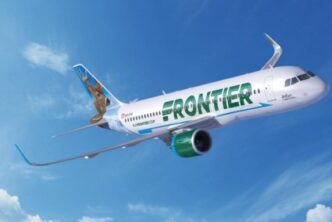