Skip Marley And H.E.R. “Slow Down” Hits Number One On Billboard Reggae Chart

The number one record, produced by Rykeyz (credits include Wiz Khalifa and Faith Evans), follows a whirlwind promotional blitz that began by canvassing local radio stations like 99 Jamz, HOT 105, The Beat 103.5, and WDNA, in the 23-year old prodigy’s hometown of Miami, and climaxed with a stirring performance on stage at the United Nations General Assembly to commemorate World Children’s Day. While in NYC, Skip also made time to visit media outlets like HOT 97, Power 105, WBLS, Billboard, SiriusXM, Boomshots, Irie Jam, and Power Of Reggae radio.

No stranger to hard work, the young Marley returned home to South Florida for more interviews at WAVS and RockDaBox.net, before he announced his participation today in Grammy© Award-winning Inner Circle’s 50th Anniversary Reggae Jam celebration, dubbed the “Meeting of the Legends.” The all-day festival takes place on December 29th from 1pm to 11pm at the Ronald L. Book Athletic Stadium in North Miami Beach. Skip will be a special guest performer during Inner Circle’s set. The legendary reggae group are also celebrating the upcoming January release of the third and final installment of the Bad Boys movie franchise, which prominently features their international hit song of the same name. Other acts on the bill include Grammy© Award-winning British reggae band Steel Pulse, and the multi-talented Amara La Negra, who has gained immense popularity through her outspoken role on VH1’s “Love and Hip Hop: Miami” TV program.

Keeping in step with the Marley family’s philanthropic efforts, Skip has opted to donate his portion of the event proceeds to uncles Stephen, Damian, and Julian’s Ghetto Youths Foundation, which launched their PIC LOVE jewelry collection today. Proceeds from the campaign will benefit anti-bullying programs for young people. The groundbreaking partnership with Miami-Dade County Public Schools, brings the spirit of kindness, acceptance, inclusion, and ONE LOVE into classrooms across Miami.

“It’s always a joy to perform in front of my hometown audience, and giving something back to the community makes it all that much sweeter,” offered Skip of the partnership. He continued, “Inner Circle are family, so you can already imagine the vibes when I join them on stage.”

LISTEN TO “SLOW DOWN” HERE

“I don’t really think about how I want to be perceived by people. They have their own projections. I just want them to see me as a fighter for good. A love warrior.” 23-year old Skip Marley often speaks in this way – rare combination of serious and cool. Jamaica-born and Florida-based, Skip is mysterious and chill, but deeply connected to his craft and refreshingly self-assured. He is authentic in a way most musicians these days could never claim to be; when he says he’s never thought about how people perceive him, it’s without any pretense or irony.

His music follows suit, a reggae-hybrid that effortlessly blends eras, genres, and styles, while showing off Skip’s impeccable musicianship and poetic lyricism. His natural talent comes as no surprise – music is quite literally in his blood; he is the grandson of reggae icon Bob Marley.  Skip’s songs pay homage to the deep and widespread legacy of the Marley family, which includes his uncles, reggae greats Ziggy, Damian and Stephen; and his aunt, singer Marcia Griffiths of the renowned I Three female vocal trio, with Skip’s grandmother Rita Marley.

“I want to spread my music to the people and help them unify,” he says. “I want people to take away a message of love, of looking at the way you are living and thinking where we can work to be or better and feel better. Whatever they’re feeling, I want them to be able to turn up my music and think, relax, and get good vibes.” It’s a radical idea maybe, but an essential one.

Enigmatic singer/songwriter/multi-instrumentalist H.E.R. has established herself as one of modern R&B’s most fascinating new talents. With two sold-out headlining tours and over 2 billion streams for her two remarkable EPs – H.E.R. and I Used To Know Her, the 22 year-old won two Grammy Awards this year for Best R&B Album (H.E.R.) and Best R&B Performance (“Best Part” featuring Daniel Caesar). Her latest release, I Used To Know Her, debuted at #1 on the Billboard Top R&B Albums chart, while fan favorites “Focus,” and “Best Part” earned the #1 slot on the Billboard Adult R&B Songs Airplay chart and Urban Adult Contemporary chart, respectively.

H.E.R. was recently nominated for five more Grammy Awards, including Record of the Year and Album of the Year. 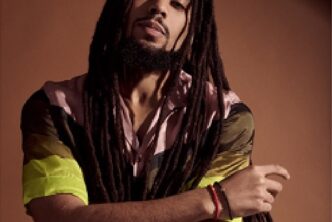 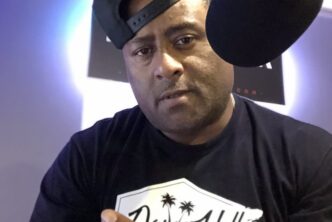