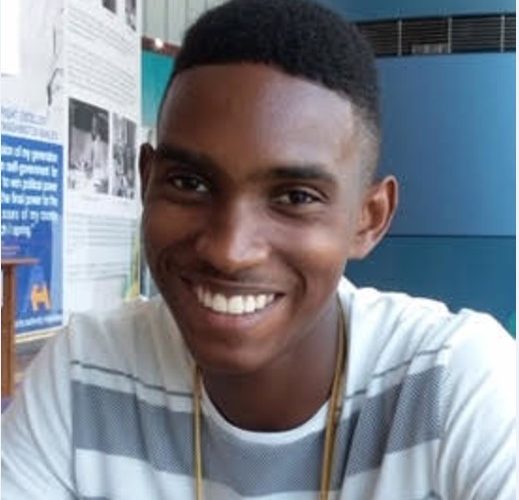 Team Jamaica Bickle (TJB) and The Union of Jamaican Alumni Association (USA) Inc (UJAA) will stage a benefit performance of the Basil Dawkin’s hit play Maas Mat Comes To Town in aid of the Dominic James Foundation at the Little Little Theatre in Kingston Jamaica on Thursday March 28, 2019. The play starts at 8:30 pm; Cocktails are at 7:30 pm.

David and Denese James expressed gratitude for the gesture. “The Jamaican Diaspora, through Team Jamaica Bickle, has been demonstrating care for the health of Jamaican athletes by providing defibrillators to schools.  We are pleased to associate with this act of bring awareness to the issue by offering practical solutions.  That is why we support this fund-raising venture as it will assist with the objectives of the Dominic James Foundation,”

Dominic lost his life tragically in 2016 while representing St. George’s College in a Manning Cup match. The lack of emergency resources to offer first aid was cause for concern. Team Jamaica Bickle immediately accelerated its planned defibrillator presentation and training exercise scheduled for later in the year, donating 15 units to high schools across the country. The organization’s Defibrillator to Schools Program was initiated in 2014 after the death of Cavahn McKenzie of St. Jago High, during a cross-country race in Tobago. To date over 50 schools have received units and staff trained.

“We are overwhelmed, partnering with the Union of Jamaican Alumni Associations and Playwright Basil Dawkins in this Showing of Maas Mat Comes to Town as a Benefit for the Dominic James Foundation. This represents a continuation of TJB’s commitment to our athletes. It’s imperative that proper health care infrastructure be in place to accommodate the needs of our student athletes, who for many is a major catalyst for their future,” said Irwine Clare, Snr. CEO and founder of Team Jamaica Bickle.

Lesleyann Samuel, President of UJAA (USA) Inc added: “Our motto “Education is Empowerment, Only the Educated are Free” embodies our mission to assist where possible, whether by building schools, donating water tanks or by providing financial assistance, in an effort to empower our students to become significant contributors to society.  Partnering in this endeavor is another step in assisting the Foundation in its objective to address the health issues of students who may not otherwise have access to proper or timely health care.”

The organizations are targeting particularly, members of the Diaspora who will be travelling to the popular ISSA Boys & Girls Championships which will be held Tuesday March 26 to Saturday March 30 at the National Stadium.

Team Jamaica Bickle, Inc. is a 501(c) (3) not-for-profit organization, based in New York, formed in 1994, under the leadership of Irwine G. Clare Sr., to provide hospitality support for Jamaican athletes who compete at the annual Penn Relays Carnival, held at the University of Pennsylvania. Team Jamaica Bickle, Inc., supports athletes, athletic and youth programs across the Caribbean and the United States. In 1999, Team Jamaica Bickle became the first Jamaican organization to be a participating sponsor at the Penn Relays. As a result, the Jamaican flag became the first foreign-nation’s flag to be flown at the Penn Relays, a distinction unmatched. Over the years, TJB has received several proclamations and awards from numerous local and national entities.

The Union of Jamaican Alumni Association (USA) Inc (UJAA) was founded in 1990 as a not-for-profit umbrella organization of alumni associations of Jamaican educational institutions. Based in New York, it was created to assist in the unification of the activities of those associations dedicated to the improvement of educational opportunities for all students in Jamaica and those who have immigrated to the USA. The member associations are comprised of Jamaican nationals who have benefited from an education received in Jamaica, and have availed themselves of the rewards of industry and citizenship in the United States of America. UJAA currently enjoys a membership of over 50 alumni groups representative of basic to tertiary schools.