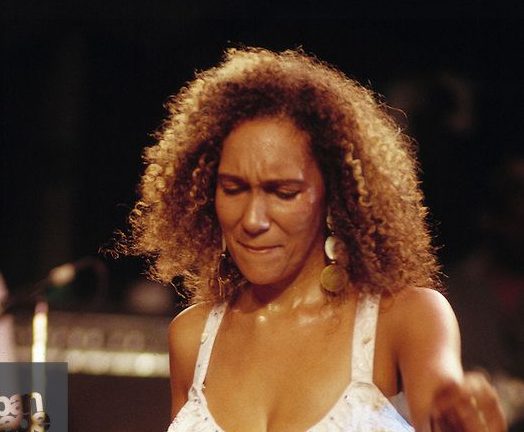 Three Veteran Women Of Reggae For Groovin’ In The Park

Groovin In The Park has announced the addition of a powerful ‘Women Of Reggae’ segment to this year’s festival which unfolds in New York on Sunday, June 24 at Roy Wilkins Park.

Aitken’s 1977 hit ‘I’m Still in Love with You Boy’ got mainstream publicity in February when pop queen Beyonce used the original version of the song to announce her upcoming “On The Run II” tour with husband, rapper Jay-Z in a mainstream TV ad. An Instagram post by Beyonce with the video clip was viewed almost 9 million times and aired on Entertainment Tonight (ET), the longest-running syndicated entertainment news program in the US. Some speculate that the power couple’s recent trip to Jamaica was to film the video for a soon to be released remix version of the song.

‘I’m Still in Love with You Boy’ was a #1 number hit song in Jamaica and the UK in the 70’s and was sampled by DJ Trinity on his popular hit ‘Three Piece Suit’ and Althea & Donna’s ‘Uptown Top Ranking.’ Aitken scored another #1 hit with Trinity titled ‘My Man’ in 1978.

Singer Pam Hall first garnered attention in the 1970’s as a member of the popular duo Pam & Woody. She later sang background vocals for reggae icons Peter Tosh, Bunny Wailer, Dennis Brown, Jimmy Cliff and Beres Hammond until her solo career took flight in the 80s with the single ‘Dear Boopsie.’ The song spent four weeks on the UK Top 50 chart. Following a brief hiatus she re-emerged in 1994 with the Dolly Parton penned, Whitney Houston inspired hit ‘I Will Always Love You.’ Hall’s version is a reggae classic that remains popular today. She scored her biggest solo success with Candi Staton’s cover ‘Young Hearts Run Free’ and her 2016 release ‘Make It Up To You.’

In a dazzling career that spans four decades, British-based singer JC Lodge has etched her name in the annals of reggae music history with her county inspired reggae cover hit ‘Someone Loves You Honey,’ that achieved gold and platinum in the Netherlands. Lodge followed this with another smasher, “Telephone Love” – one of the first dancehall/ reggae songs to enjoy crossover success in the US. The sing-along anthem was a staple on ethnic radio globally and charted at #45 on the Billboard R&B chart. The success of the single earned Lodge a US major label deal with Tommy Boy Records, then a subsidiary of the Warner Music Group.

The ladies will join Kenny ‘Babyface’ Edmonds, Capleton, Busy Signal and Romain Virgo as headline performers for the 7th renewal of this epic outdoor concert in Queens, New York.