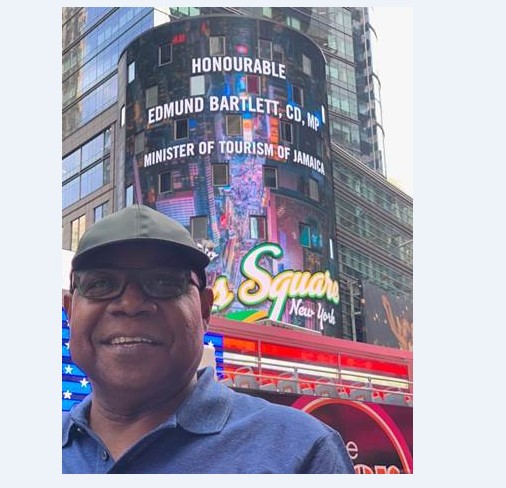 Minister of Tourism Hon. Edmund Bartlett was welcomed to NYC by Times Square NYC, on Sunday, August 11th. The billboard, located on Broadway and 43rd Street, in the heart of Times Square featured the message for five minutes, exposing Jamaica to an international audience.

Minister Bartlett is in New York to to meet with the United Nations’ division of partners, potential tourism investors and media partners. He also celebrated Jamaica’s Independence at the New York Black Tie Gala, where he was a special guest.