The West Indies Senior Men’s Team currently in Dubai for a 10-day preparation camp ahead of the Tour of India, started a two-day practice match against a UAE XI at the ICC Academy.

The WINDIES posted 345/5 after choosing to bat on the first day of the match, with ninety overs or a 5pm cut-off time agreed between both teams for each day. Openers Kraigg Brathwaite and Kieran Powell started cautiously in the 42-degree Celsius weather. Powell then became the aggressor of the pair, carting the inexperienced UAE bowlers around the Academy ground. Brathwaite fell in the over before lunch for 28 with the score on 69.

Powell powered on, reaching 42 before he retired. Shai Hope was joined by the in-form Shimron Hetmyer, who continued his free scoring from the CPL. He struck five-fours and four-sixes on his way to a top-score of 60 and a 95-run partnership with Hope, before being caught and bowled by Fawad.

Hope and Roston Chase continued the solid batting, the pair added a further 38 runs before Hope became Ajmal’s second victim for a well-played 51. Chase and Shane Dowrich added 40 runs before Chase also fell for 51. Dowrich made 21, Captain Jason struck five-fours and a six on his way to 38 before also retiring. Returning batsman Sunil Ambris struck a quickfire 47 before he was trapped LBW by Ajmal. Jahmar Hamilton and Keemo Paul were the not out batsmen on 2 runs respectively, when play ended at 5pm with 86 overs bowled.

Ajmal was the pick of the UAE bowlers, taking 3/44 while Fawad and Akmal had one wicket each.

At the close of play, WINDIES Head Coach Stuart Law said “It was a great hit today for our batsmen in extreme heat. All the batsmen had some valuable time in the middle and our preparation has been excellent so far. The boys are adjusting nicely to the tough conditions.”

The match continues on Monday, with the WINDIES taking the field to bowl and defend the 345/5 the batsmen posted. 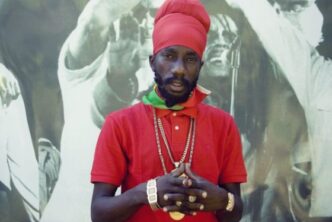