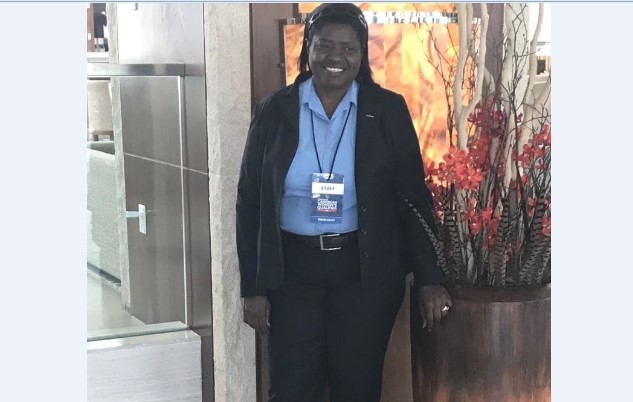 A few Women in football will share the spotlight with the men at the annual Wagga Hunt Classic which takes place today at the Barbican Football Field starting at 2:00pm. Chairwoman of the Jamaica Football Federation (JFF) Women’s Football Committee, Mrs. Elaine Walker-Brown will be honoured during the day’s proceedings. Mrs. Walker-Brown has served Jamaica Women’s Football for over 20 years, giving sterling service and advocating for the development of the sport in parishes across the island. She believes that football is an avenue through which girls can achieve their goals. She is one of two women who serve on the board of the Jamaica Football Federation (JFF).

Patron of the event is Mrs. Paulette A. Rhoden of Crimson Dawn Manaufacturing. Mrs. Rhoden is a well-known figure in the Sport Fraternity and is a long-time and ardent supporter of David “Wagga” Hunt. She worked specifically with the Clarendon Football Association and Mr. Green, who ran the Clarendon Football Competition for 27 years under the sponsorship of Crimson Dawn. This competition was the feeding tree for the JFF National Team and The Reggae Boys.

She is also well known for the promotion and sponsorship of Form Football in most high schools especially STGC, KC, Calabar and Wolmer’s Boys, and later the prep school football competition when her three sons attended The Queens Preparatory School.

Mrs. Rhoden, was acquainted with David “Wagga” Hunt from The MeadHaven Football Team, UWI, and during his years of coaching the KC and Calabar teams and she has been a member of The Wagga Hunt Scholarship and Football Classic from inception 2009.

The David “Wagga” Hunt Football Classic began in 2008 to honour the legacy of Football coach and sport administrator extraordinaire David “Wagga” Hunt. Hunt, an alumnus of Kingston College coached Calabar High to its first Manning Cup Victory in 28 years in 2005 thus resurrecting its ailing football program.  He was coach of Meadhaven United FC and the National U23 Team. ‘On Hunt’s untimely passing in 2007 his family and a group of friends established the Foundation in his name designed to assist needy youth of both schools with scholarships.