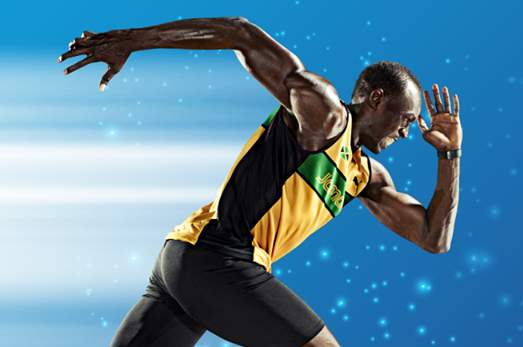 Xoom, PayPal’s international money transfer service, today announced eight-time Olympic Gold Medalist Usain Bolt as its global brand ambassador through 2020. The partnership kicks off as Xoom expands its send money service to customers in Canada who will be able to send money, reload phones and pay bills for loved ones in more than 130 countries globally.

“Having experienced the difficulties of sending money to my own family back home in Jamaica, I’m thrilled to endorse and partner with a company that’s focused on delivering a fast and convenient way to send money or pay bills for family from afar”
Tweet this

Known by many as the ‘World’s Fastest Man,’ the Jamaican-born sprinter will be part of Xoom’s inaugural international ‘Money Go Xoom’ marketing campaign launching this month in Canada and the United States. The new campaign, that underpins Xoom’s ability to provide a fast, secure and convenient way to pay bills or send money to people around the world, will be brought to life with Mr. Bolt in a variety of digital and broadcast spots.

“At Xoom, we’re deeply committed to delivering the fastest possible money transfer experience to our customers, so Mr. Bolt was a natural fit to serve as our global brand ambassador,” said Julian King, Vice President and General Manager, Xoom. “We look forward to working with Mr. Bolt during an exciting time as we continue to expand our services and help new populations in need of fast and reliable international money transfers.”

“Having experienced the difficulties of sending money to my own family back home in Jamaica, I’m thrilled to endorse and partner with a company that’s focused on delivering a fast and convenient way to send money or pay bills for family from afar,” said Usain Bolt.

Xoom partnered with Mr. Bolt for his global association with speed and his shared values of supporting local communities around the world through service. In 2014, Mr. Bolt created the Usain Bolt Foundation, which creates opportunities for Jamaican youths through education, sporting provisions, and cultural development. PayPal and Xoom have a longstanding history of supporting the local communities in which they operate and hope to continue these efforts through their work with Usain Bolt over the next two years.

To send money internationally in a few simple steps from Canada or the United States, download Xoom’s mobile app on Android and iOS or go to xoom.com.

For more information on Usain Bolt, go to: www.usainbolt.com.

Established in 2001 and acquired by PayPal in 2015, Xoom is a fast and secure way to send money, pay bills and reload phones to loved ones in more than 130 countries globally. These remittances can serve as lifeline for many people around the world and are used to pay for things like utility bills, healthcare, education costs and emergencies. The largely cash-based system of sending money across borders is full of paperwork, high fees, standing in line and an ever-present uncertainty of when, and if, the money will arrive when it’s needed. By providing fast and secure payment options for customers to seamlessly send money across borders by going online or using a mobile device, PayPal and Xoom are helping to expand and improve the financial health of millions of people worldwide.

Usain Bolt’s journey to worldwide stardom started at the 2008 Olympic Games in Beijing where he won the 100m, 200m and 4x100m, all in world record times. He followed this up with three gold medals in the same events at the 2012 Olympic Games in London to write his name in the history books as the world’s fastest man. Then one day before his 30th birthday he completed the same triple at the 2016 Olympic Games in Rio to cement his legacy as a legend in world sport.

Fueled by a fundamental belief that having access to financial services creates opportunity, PayPal (NASDAQ: PYPL) is committed to democratizing financial services and empowering people and businesses to join and thrive in the global economy. Our open digital payments platform gives PayPal’s 254 million active account holders the confidence to connect and transact in new and powerful ways, whether they are online, on a mobile device, in an app, or in person. Through a combination of technological innovation and strategic partnerships, PayPal creates better ways to manage and move money, and offers choice and flexibility when sending payments, paying or getting paid. Available in more than 200 markets around the world, the PayPal platform, including Braintree, Venmo and Xoom, enables consumers and merchants to receive money in more than 100 currencies, withdraw funds in 56 currencies and hold balances in their PayPal accounts in 25 currencies. For more information on PayPal, visit https://www.paypal.com/about. For PayPal financial information, visit https://investor.paypal-corp.com.