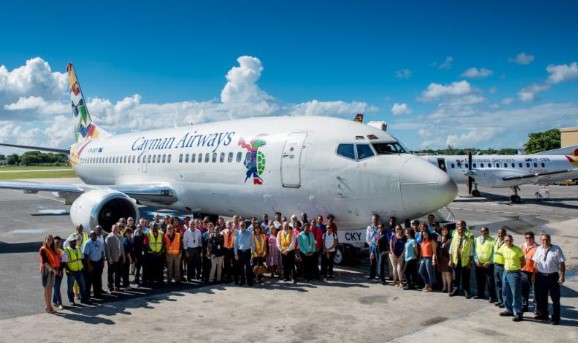 Cayman Airways Named Best Airline In The Caribbean By Tripadvisor

The world’s largest travel site, TripAdvisor, has named Cayman Airways Limited (CAL) the “Best Airline in the Caribbean” and a top “Specialty and Leisure Airline” within the entire North America region.

The announcement comes as part of TripAdvisor’s 2019 Travelers’ Choice Awards results for airline categories, issued April 2, 2019. The results identified travelers’ favorite airlines around the globe, with the hallmark of Travelers’ Choice award winners being outstanding service, quality and value.

Cayman Airways has been the National Airline of the Cayman Islands since 1968.

“Cayman Airways, including its subsidiary Cayman Airways Express, prides itself in embedding the very best of Caymanian hospitality into its service, which is reflected by the airline receiving these two important TripAdvisor awards,” said Cayman Airways President and CEO, Fabian Whorms.

“For over five decades, Cayman Airways has been focused on ensuring that our promise of “those who fly us, love us” rings true. In delivering on that promise, the Cayman Airways family goes to great lengths to provide a pleasant and safe travel experience, filled with the best of our warm Caymanian hospitality. The Board of Directors, Management and Staff of Cayman Airways are therefore very proud and appreciative of these TripAdvisor awards, which recognizes our efforts to deliver an unparalleled level of service and Caymanian hospitality, making us unique amongst all airlines.”

TripAdvisor notes the Travelers’ Choice award winners for airlines were determined based on the reviews and opinions collected from TripAdvisor travelers worldwide, and took into account the quantity and quality of airline reviews and ratings submitted over a 12-month period (January to December 2018).